If you’re one of the 32 million Americans summoned for jury duty each year, you might be asking yourself “what’s the point of jury duty?” However, it is quite important. Even if it’s a little inconvenient, taking part in a jury is an essential American right.

Why Was Jury Duty Created?

Jury duty actually has a very interesting background. The idea of being judged by a group of peers dates back to Viking times when people would gather to vote on legal disputes in their town. However, by the 1700s, most judicial systems had moved away from juries. Instead, it was common for legal disputes to be decided by a single judge who was a member of the nobility. This led to all sorts of issues with corruption. In many situations, wealthy or well-connected people got lighter sentences while the impoverished had very harsh sentences. When a commoner was accused of a crime, their fate was left entirely in the hands of one person.

By the time of the American Revolution, the average person felt like the court system was unfair and corrupt. Therefore, the Founding Fathers decided to work towards a newer, more just method for handling civil and criminal cases. The United States Constitution formally declared that all citizens had the right to a trial by jury. To make things as fair as possible, the Constitution specifies that the jury has to be made up of impartial people who are peers of the person being tried. This made justice a more democratic process, where people could be judged by an unbiased group of fellow citizens instead of being judged solely by noblemen. No single person was in charge of the decision, so people accused of crimes were more likely to get a fair sentence.

Trial by Jury Has Worked for Centuries

Since it was formalized in the Constitution, jury duty has become a reliable part of the justice system. It quickly became the most common way of dealing with all sorts of legal cases. Legal experts around the world took note of how well trial by jury worked, and many more countries have adopted trial by jury over the years. In modern times, trial by jury is used for both criminal cases and civil lawsuits. Though juries are not entirely foolproof, they are one of the most dependable ways of dispensing justice.

In addition to being a time-tested method of providing justice, juries also have an important political function. Jury duty is one of the most essential forms of checks and balances. It involves the common person, so it cannot be affected by powerful politicians. Jury duty gives people the ability to appeal directly to justice instead of having to slog through the bureaucracy. At the same time, it ensures that the nation’s leaders cannot easily subvert the course of justice for their own personal gain.

A Good Jury Protects the Innocent and Punishes the Guilty 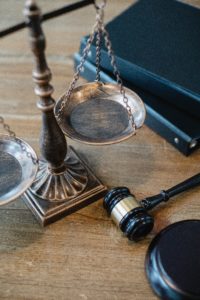 One of the most important roles of a jury is to determine whether a person is guilty or innocent. Having multiple people involved in the process helps to ameliorate the risk of an innocent person being condemned or a guilty person going free. The multiple viewpoints allow a group of people to independently examine the evidence and come to their own conclusion. Multiple people join together and vote, and each person’s vote is essential to reaching the verdict. This is one of the simplest and most powerful forms of democracy.

This provides protection against some biases and summary judgments. It also ensures that members of the judgment team don’t miss important information. If there is only a single judge, a momentary attention lapse can end up affecting the whole case. Meanwhile, on a jury, each member has the opportunity to notice and retain essential information. The end result is that the team assessing innocence has more information to work with.

In addition to deciding between guilt and innocence, juries are also involved in assigning consequences. In some civil lawsuits, the point of jury duty will also be to determine the settlement account. If you are involved in this sort of case, you get to decide whether the defendant has to pay any money, and you get to offer input into how much they should pay. This duty of a jury helps to ensure that the wronged party in a lawsuit gets a fair and reasonable amount of money.

In some rare cases, a jury will also assist with the sentencing process for criminal cases. Typically, juries are not involved with determining the sentence for minor criminal cases. However, if the crime has the potential of a death sentence, the jury’s input is important. If you are on this type of jury, one of your duties will be recommending whether or not the court should impose a death sentence. A person’s life can literally be in your hands, so it is one of the most important positions that you can be in.

How You Can Help Preserve Judicial Rights

As you can see, there are all sorts of reasons that serving on a jury is so important. If you get a summons, it is a good idea to take the whole thing seriously. A jury summons invites you to take part in one of the most direct forms of American democracy. To support the process, begin by arriving at the court promptly. During the selection process, be honest and open about any questions you are asked.

Of course, not all people are able to take part in a trial by jury. Though the government does offer some basic financial compensation, you might still find that being on a jury would be a hardship for you. You might also be unable to serve on a jury if you are busy caring for a child or if you will not be available on those dates. In these sorts of situations, the government is usually willing to work with you. Consider asking to reschedule your summons. This lets you avoid the inconvenience of a current summons while still agreeing to take part in the process later.

If you have the honor of being selected to be on the jury, try to keep an open mind and pay attention to the jury instructions. Approach the case without any biases and listen closely to the evidence presented by the lawyers. Think carefully about how the law affects the case you are hearing, and take the time to ask any questions you might have. You’ll be responsible for ensuring justice is done, so your decision can have a huge impact on the lives of others.

As New Jersey trucking accident lawyers, we have had plenty of opportunities to see jurors in action. Our team recognizes that being on jury duty is one of the most important civic duties a person can have. Just like jurors, we are committed to making sure that justice is done. We offer a variety of legal services in the New Brunswick and Somerville areas. If you would like to schedule a free consultation with us, all you need to do is call 732-394-1549 or send us a message.