Evidence Used to Prove Negligence in an Auto Accident Case

Each year, roughly two million people are injured in car accidents. There can be many possible causes of an auto accident, including substance abuse, inclement weather, and negligence. Therefore, authorities rely on several sources of information to determine the cause of a specific incident. Talk to an auto accident attorney for help with your case.

Those Involved May Issue Statements

The driver or drivers who were involved in a motor vehicle accident may make a statement to police describing their version of events. In some cases, they may admit to driving while tired or under the influence of drugs or alcohol. They may also claim that another vehicle fled the scene of the crash or provide other information that authorities can use during their investigation.

A Camera May Have Captured the Crash or Its Aftermath

These days, it is not uncommon for an accident to be caught on camera. Video can be taken from a variety of sources such as a gas station security camera or one placed on a vehicle’s dashboard. Individuals may also catch an accident on film using a cellphone or other device. Generally speaking, investigators can obtain and watch the footage to get a better idea of why an accident took place. A car accident lawyer may also be able to obtain footage in an effort to help a victim during settlement talks or a trial.

Drivers May Be Asked to Submit to Testing 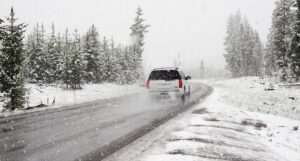 A driver may be asked to submit to a blood, breath, or urine test to determine if drunk or impaired driving caused a crash to occur. In most states, drivers who have even trace amounts of drugs in their system may be charged with a drug DUI. Drivers who have a blood alcohol content of .08 percent or more may be charged with a traditional DUI. Those who refuse to be tested may face a license suspension or other penalties. In some cases, authorities may get a warrant to compel a person to submit to testing.

Physical Evidence May Be Analyzed at the Scene

There may be physical evidence that could be used by authorities to determine how a crash happened. For instance, a lack of tire marks could indicate that a driver failed to stop before a collision occurred. Skid marks could also be used to create an estimate of how fast a vehicle was traveling prior to a crash. This may help investigators determine if a car or truck was going too fast for road conditions.

If a driver failed to properly maintain his or her vehicle, it may be considered negligence. For instance, if a car had poor tires, poor brakes, or was otherwise unsafe to operate, it should not be on the road to begin with. However, a driver may contend that the car was properly maintained and that a malfunction was the result of a defective part.

Road Conditions May Need to Be Looked at Carefully

In some cases, poor road conditions could have caused a collision to take place. This may be true whether those conditions were caused by bad weather or because the roads were not maintained properly. If the weather was bad, authorities may need to determine if a lack of visibility was to blame. If so, it may reduce a driver’s liability. A car accident lawyer may be able to answer questions about how bad roads or bad weather may reduce or eliminate a person’s liability in a car crash.

If you are looking for a car accident lawyer to help with your case, the professionals at RAM Law can help. You can get in touch with us by calling our office in New Brunswick at (732) 247-3600 or our office in Somerville at (908) 448-2560. It is also possible to reach us by sending an email to contact@ramlawnj.com.