Drivers Can Be Impaired by Numerous Substances

April 20 is considered a holiday for those who use marijuana. However, marijuana use on that day can increase car accident fatality rates by 12 percent. While most believe that a driver is only considered impaired when driving after consuming alcohol, drivers can be impaired by numerous substances, including marijuana and other controlled substances. If an accident is caused by an impaired driver, you need to contact a personal injury attorney.

The use of marijuana may have an impact on how quickly a person can process information and react to it. While there is some debate as to how much marijuana a person needs to consume before becoming too impaired to drive, most states have a zero-tolerance policy toward driving after using it.

However, drivers in New Jersey are not bound by implied consent laws to submit to blood or urine testing after accidents in which they are suspected of using marijuana. Our personal injury lawyer may be able to explain how that could impact a personal injury case.

When a medication is prescribed to an individual, it means that a doctor has examined that person and determined that the substance may help alleviate a condition. However, most people are aware that medication can have side effects. One of these side effects could be a feeling of drowsiness.

Even if a person takes a pill or other medicine that is prescribed to him or her, it can still be illegal to drive under its influence. Drivers are responsible for learning about and understanding any effects that taking a pill could have on their ability to operate a motor vehicle. They are also responsible for learning whether medications could interact with each other and make it dangerous to drive.

Hallucinogens May Result in Significant Impairment

If a driver takes a hallucinogen such as mushrooms or LSD, that person may have a limited ability to distinguish reality from illusion. He or she may drive through a red light or miss a stop sign because the drug altered his or her ability to reason and make decisions. In some cases, those who take LSD or similar drugs could experience changes in mood or heart rate. This could result in someone becoming angry behind the wheel for no reason or suffering a heart attack while driving. 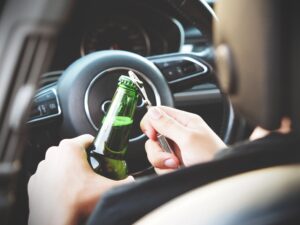 Those who are impaired by methamphetamine may be more aggressive while behind the wheel. For instance, they may drive at a high rate of speed or follow too closely behind other vehicles on the road. They are often seen swerving between lanes or taking other actions that a reasonable person might consider dangerous.

Individuals who use methamphetamine before driving can have trouble processing changes in road conditions. Therefore, they may not stop at a crosswalk or wait to make a left turn until traffic has passed. In some cases, this could mean failing to slow down or increasing the following distance when roads become wet or icy in a relatively short interval.

It is possible that a driver involved in a car accident could be under the influence of multiple substances simultaneously. For example, a driver could have been drinking alcohol in addition to using marijuana or LSD. He or she could have used heroin while also consuming alcohol before the accident occurred.

It is not uncommon to find that a driver has used both alcohol and marijuana while operating a motor vehicle. This is partially because these are two items that people may be able to obtain relatively easily and also because they tend to be used in social situations. Younger people are more likely to mix marijuana and alcohol before driving.

What to Know About Alcohol Impairment

In most states, a driver cannot have a blood alcohol content of more than .08 percent while operating a motor vehicle. If a person has a commercial license, that number may drop to .05 percent. One drink is roughly equivalent to .02 percent, and the body processes about one drink per hour. Depending on a driver’s condition when found by police, he or she could receive an alcohol DUI even if his or her BAC is less than .08 percent.