2020: A Year of Light Traffic and High Fatalities

The COVID-19 pandemic put a stop to a considerable amount of traffic, but that didn’t necessarily mean that the roads were any safer – in fact, just the opposite. While there was no shortage of positive aspects of the reduced use of automobiles to get around due to the shelter-in-place guidelines, traffic safety certainly was not one of them.

It is true that, with fewer people driving on a regular basis, there were clearer skies in even the most notoriously polluted cities like New York and Los Angeles. This new home-oriented lifestyle that people had to suddenly adopt also created havens for pedestrians and cyclists in many areas where it wouldn’t have been possible before with such heavy traffic. There were also more peaceful and quiet neighborhoods and other residential areas with fewer cars on the road.

And yet, it wasn’t all as ideal as it may have seemed in theory with less traffic before the new way of living truly set in. The hopes that came from the top experts in traffic safety was that, with fewer drivers and cars on the roads, there would be fewer road fatalities. Sadly, this did not bear out.

The traffic-related deaths in 2020 rose to over 40,000, according to the National Safety Council as detailed in the preliminary data that the organization released. That was an 8% increase from the previous year.

A large part of the problem came from the dangerous combination of drivers who were less acclimated to being behind the wheel of a vehicle but were still taking their driving ability for granted. And with roads emptier, it became all the more tempting for reckless or hurried drivers to want to go faster – even when it is unsafe to do so.

The National Highway Traffic Safety Administration is the other main authority monitoring the safety statistics on roadways as well as the reasons why these car crashes happen. Since the NHTSA limits its monitoring to public roadways, its findings tend to skew lower than the statistics of the NCS. However, both organizations generally tend to find the same trends in traffic statistics, and 2020 was no different.

A Confluence of Factors Leading to Driving Dangers

Another potential cause of this uptick in fatalities on the road is the range of local conditions that were thrown out of balance by the pandemic. Everything from levels of economic activity to the regular practices of local law enforcement may have played key roles in the trend. The relationship between the public and the police has a huge bearing on how well people tend to respect the rules of the road, and with businesses and living situations thrown into question, more people were having to make desperate decisions and thinking less about their own immediate safety.

The way that the roads themselves were planned, designed, constructed, and maintained was also dramatically impacted by the conditions of the pandemic. This inevitably led to driving conditions that were unsafe and that the inexperienced drivers of the stay-at-home times were ill-prepared for.

A Pandemic of Recklessness

More drivers were being caught under the influence of drugs and alcohol. Reckless behavior ran rampant on the roads during the early days of the COVID-19 pandemic. People were driving faster than they should without considering the consequences, adding more danger to an already dangerous and uncertain time. Everyone is eager to save time; but when safety is concerned, one has to consider the cost.

On top of that, fewer seatbelts were being worn by the victims of these crashes. People were often not even considering their own safety while on the road let alone the safety of others.

And while it’s often tempting to oversimplify the data and attempt to draw premature conclusions, it’s hard to ignore the complications to this cocktail of analytics brought in by the significant reduction in car crashes from 2020 – which makes sense when the fact that fewer people were driving overall is considered.

But what this data also emphasizes is just how important of a factor the speed of the colliding vehicles is when it comes to fatality rates. The statistics have shown time and time again that, when all other things are equal, vehicles moving at faster speeds are more likely to cause road fatalities. Traffic analytics firms found that the areas that were previously the most prone to traffic jams were now seeing drivers going 35% faster on average than the previous year with less traffic. 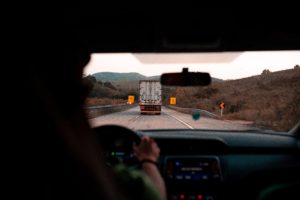 The data also indicates that people of color were hit by this spike in vehicular fatalities in general. A significant percentage of those who work on the front lines are people of color, and they are the ones who are most likely to be on the roads, putting them automatically at a higher risk than those who don’t have to drive regularly. Whether they are going to or coming from work, or if driving is actually part of their job, this population group unfortunately experienced disproportionate impacts from this traffic fatality spike.

For many, although working from home was forced upon them, it was still a privilege that not all people  got to experience. Those who still had to go out every day as essential workers had to put themselves at risk in many ways – and one of the major ones in 2020 happened every time they got behind the wheel.

The statistics all strongly support the idea that speed is a key factor in vehicular fatalities, but it’s certainly not the only one. The other potential causes for the rise in traffic-related deaths in 2020 may also come from the increase in larger vehicles being driven. More people than ever are choosing to drive heavier pickups and SUVs. Additionally, 2020 was a big year for freight delivery, putting a surplus of semi-trucks on America’s freeways.

When the Engineering Itself Is to Blame

Many experts have been left scratching their heads about the split in fatalities and total collisions, but it may be something that can illuminate an important truth about the major flaws in traffic safety engineering. This branch of engineering has been conducted with largely the idea that all crashes are created equal, and preventing the overall crashes will mean fewer people dying while on the roads.

Many are eager to call for change and not just “thoughts and prayers” over those who were victims of traffic fatalities. Organizations like the Vision Zero Network are calling on President Biden and Transportation Secretary Pete Buttigieg to make real administrative changes that will bring down these tragic traffic-related fatalities.